Our friend Dick attempts to boil water for his Kraft Mac and Cheese.   Let’s see what happens:

This may be an extreme situation, however, I do recall feeling somewhat like this at times, while waiting for my water to boil.  It turns out, there is a correct way to do it, and hint, it’s not to add more salt before the water boils.

Let’s learn how to boil water, shall we?

1. Add the right amount of water and consider your altitude

I learned something new today:  simmer is actually a kind of boil.  So is poaching.  They are both gentler than a roaring boil.  Poaching is used for eggs and fish, because both of these food stuffs needs the gentlest of boils.  A simmer is for something that needs time to cook, such as rice.  Your good old roaring boils are used for pastas and vegetables.

If you are making something from a box, or following a recipe, stick to the directions and add the precise amount of water.  If you are boiling good old potatoes or pasta, add a hearty amount to cover boilables (I just made that up).  This is implied, but make sure that your pot is big enough to hold the amount of water you need.  It stands to reason that if you are making a batch of boxed rice, you should use a smaller pot, and if you are boiling potatoes, you should use a large pot.

Altitude is an important thing to consider, because it does make a difference.   The higher the altitude, the lower the temperature water boils.  Where this becomes important is that if you are cooking food at a lower temperature, it will take longer to cook.

Our friend Dick has made the fatal mistake that many people make.  He’s added way too much salt, way too soon.  It’s a common misconception that adding salt at the beginning will help your water boil faster.  However, as it turns out, if you add salt before your water boils, it actually raises the boiling point of water.  This is why Dick will be waiting a long time for his water to boil, thus delaying his delicious Mac and Cheese dinner.  I prefer whole wheat pasta myself.

So when should you add the salt?  You should add salt to flavor your water just after it has started to boil.  This will ensure a tasty dish and a hearty boil.

3.  Turn the heat on high and wait for the water to boil

You are allowed to add a lid at this point, because it will keep the steam inside, thus trapping the heat.  This will reduce your wait time.

4. Turn down the heat when the water begins to boil

At this point, the water has reached the boiling point, and will not get any hotter.  If the heat is left on high, a few things will happen:  1.  the water will splash out of the pot; 2.  the water will boil over, causing a great big mess;  and/or 3.  the steam will escape faster than desired, causing your food to take longer to cook.

You are now a boiling aficionado!  Don’t be a dick; boil something!

What’s your favorite thing to boil?  Let us know in the comments section! 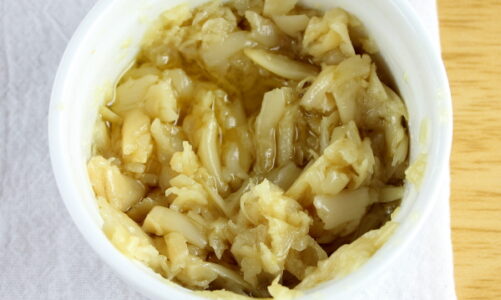