This website or its third-party tools use cookies which are necessary to its functioning and required to improve your experience. By clicking the consent button, you agree to allow the site to use, collect and/or store cookies.
Please click the consent button to view this website.
I accept
Deny cookies Go Back
You are here: Home / Informative / How to Cook Like Your Favorite Supernatural Character in the Kitchen: Who Will You Be?

Two brothers drive cross-country hunting monsters and demons.  This is the premise of the highly popular Supernatural series, now in its 12th season.

So what does Supernatural have to do with cooking?

If our favorite Supernatural Characters were their own individual cooking personalities, what would those look like?

Read on to find out.

Sam’s cooking personality is meticulous, neat, and organized.  He follows the directions of a recipe exactly, with no deviation.

Every measuring cup is filled perfectly.  Sam knows his way around the kitchen, and has the cooking skills to allow him to do what he wants to do.

His recipes always turn out. He always cleans up his mess, usually while the roast is in the oven.

Dean wipes his hands on his pants and licks his fingers when he cooks.  He’s a messy cook.  Flour covers the counter tops and the floors.  Dried egg sticks to cutting boards.  Pieces of chopped onion hide in the corners on the floor.

But Dean cooks with love.

He’s a closet foodie, and secretly, he wants you to love his cooking – but he’ll never let on.

He doesn’t need to follow a recipe, because he knows it by heart.   He has a few classic dishes in his wheelhouse, and he cooks them well.

His best dish is a mean cherry pie.

To cook like Bobby, boil a hot dog and put it on a white bun. Eat with mustard and Ketchup.

Bobby doesn’t have many cooking skills, but he knows how to boil water and use the microwave. He’s got a few basic skills up his sleeve, and he can fry an egg to put on top of a BLT. His favorite food is a chili from a can.

His fridge is stocked with food that is easy to make and cooks fast. He’s a traditionalist and has a few quick dishes that he throws together when he’s not eating TV dinners.

Cass eats to live.  Food is fuel, nothing more.  He would be happy eating only power bars to sustain him, but they are expensive and he can’t afford to eat a power bar for every meal.

During his weekly trips to the grocery store, he fills his cart with bread, a jar of strawberry jam, a jar of peanut butter – the crunchy kind, and a gallon of whole milk.

All he needs to cook is a plate to place his bread, and a knife to spread his peanut butter and jelly.  Oh, and a glass to hold his milk.

It’s not much, but it’s enough for him, and that’s all that matters.

Charley has an innate understanding of cooking and putting recipes together, and she loves to experiment. She’s a self-taught cook who likes to learn.

She’s always on her toes in the kitchen, especially when she realizes that she doesn’t have an ingredient she needs for a recipe. She can find a great substitute in no time.

She loves to look in the fridge and see what she has on hand to put a recipe together. It’s a game to create something new and different. Sometimes, the flavor combinations don’t always turn out the way she expects, but sometimes they are amazing.

Rowena is a professional cook, or near-professional level.  She’s precise and calculated.  She’s studied the craft and knows exactly what to do to produce the exact result that she wants.

She understands why things work the way they do, and she uses that to her full advantage.  She uses her knowledge to manipulate food into something magical and delicious.

Her favorite dishes to cook are filled with spices and exotic flavors.  She chooses recipes that contain ingredients that are hard to find.

The recipes she cooks take a long time, often simmering on the stove in a dutch oven for hours. She chooses these recipes simply because they are hard to make.  It’s a challenge for her, one that holds the highest reward when accomplished.  She’s an innovator.

To cook like Crowley, order takeout from your favorite restaurant.

Crowley would rather chew off his right hand than spend any time slaving over a hot stove.  Cooking is beneath him.  It’s a chore that brings him no joy.  He loves to be served, which is why a restaurant is so appealing to him.

The more expensive the restaurant, the better.  White table cloths and napkins.  Water goblets.  Fancy creamer and sugar cubes for your after dinner coffee.  Don’t forget the intricate dessert from the dessert cart.

Kevin is a fly-by-the-seat-of-his-pants cook who has taught himself the skills he needs to know to get by.  He’s not afraid to try something different, but it’s usually because he doesn’t have what he needs.

He enjoys learning, but he’ll take a shortcut if it presents itself.  He’s often trying a skill before he’s mastered it, and sometimes it doesn’t work out.

He loves simple food that’s easy to cook.  His favorite meal is a hamburger and fries.  Milkshakes are good too.

Who do you identify with?  Are you a Sam or a Dean?  A Charley or a Rowena?  Do you have a great desire to spend a lot of time in the kitchen, or are you more like Crowley?

If you’re a Bobby and you’d rather be a Dean, don’t despair.  There are a lot of great resources out there to help you improve your skills.  Basic skills build upon themselves and lend way to more complicated skills.  Take some time to learn a few new things, and you’ll be cooking up a storm in no time.

Do you aspire to be more like one Supernatural character over another?  Make up some goals and see where you can go.  Tell us your goals in the comments. 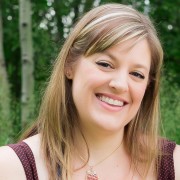 Crystal is the founder of Simply Playful Fare. She has been in the kitchen for as long as she can remember. She has a degree in English with an emphasis in creative writing. Click here to find out more.

Join our Community for FREE

Join our FREE community and get:

Crystal loves to create. She has always been passionate about cooking, baking, and eating, and food has been a huge part of her family. She learned how to cook from her Grandmother (who learned to cook from her French Grandmother) and her Mother. Writing is her other passion, after her husband of course. She has a degree in English with an emphasis in creative writing. Read More…